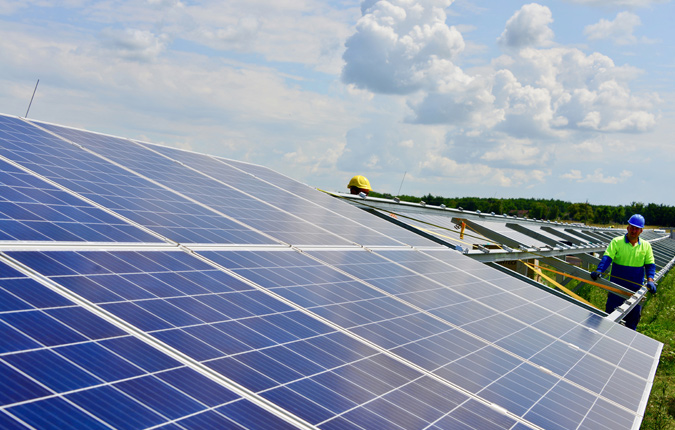 Since 1 August, the photovoltaic plant developed and installed by ABO Wind has been producing electricity in Létavértes, Hungary. The installed capacity is 6.2 megawatts, the connected load is five Megawatts. Photo: Zoltan Michael Takacs

(Wiesbaden, 1 August 2019) Project developer ABO Wind reports new international successes. The German company's largest solar farm to date has been connected to the grid today in Létavértes in eastern Hungary. ABO Wind has also sold wind and solar projects under development in Spain. Two investors who do not wish to be named acquire Spanish projects with a total capacity of 450 megawatts. ABO Wind has already secured the grid connection rights for the projects. The project developer also takes care of planning, assessments, site acquisition and all approvals. Afterwards the investors take over the projects and build the plants. The Spanish wind and solar parks are expected to be in operation by 2022. In recent years, ABO Wind had already developed around 200 megawatts of wind energy ready for construction and then sold them. "The most recent transactions demonstrate the excellent performance of our Spanish team, which is working on further wind and solar projects with a capacity of more than 1,000 megawatts," says Managing Director Dr. Karsten Schlageter.

In Hungary, ABO Wind had acquired the rights for the new solar farm with an installed capacity of 6.2 megawatts in the previous year, further developed the project until it was ready for construction and started construction in 2019. In accordance with the KÁT system, which has since been discontinued, the solar farm will receive a tariff of 32 Hungarian forints per kilowatt hour (equivalent to ten euro cents) over a period of 20 years from today’s commissioning. An auction system for future solar projects is being developed in Hungary. "Following this efficient and successful construction of our first project, we are well prepared to make further contributions to the expansion of renewable energies in Hungary," says Dr. Patrik Fischer, General Manager. ABO Wind is currently working from a recently opened office in Budapest on another 40 megawatts of solar capacity with a guaranteed KÁT tariff, as well as on projects at an earlier stage that are eligible for participation in future auctions.

Hungary currently generates around ten percent of its electricity from renewable sources. So far, nuclear power has accounted for the lion's share. With an increase of 400 megawatts, the solar capacity was more than doubled in 2018. Wind power currently has no significant role in the expansion.