ABO Wind contributes to the transition towards renewable energy in Spain 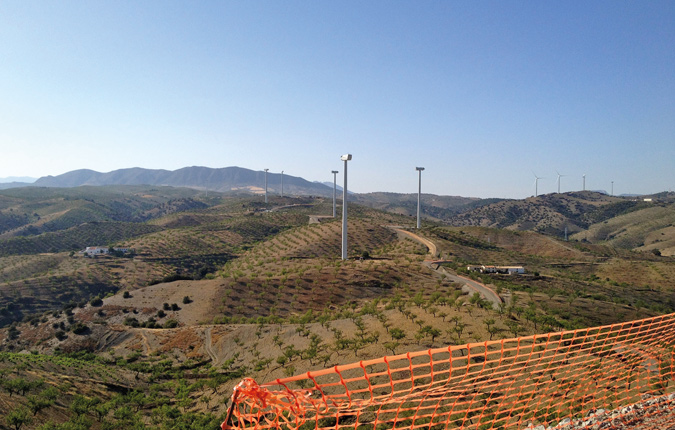 ABO Wind had developed the wind farm Motilla in the area of Castilla-La Mancha construction-ready in 2017 and sold it to a European operator. Now the project developer sold three more approved projects with a total capacity of 90 megawatts. They are estimated to be connected to the grid within the next two years in Castilla-La Mancha (two wind farms) and Castilla y León.

(Wiesbaden, 1 May 2019) Spain was a cornerstone in the international orientation of ABO Wind. It was 18 years ago on the Iberian Peninsula that the company based in Wiesbaden started its first attempt to build wind farms outside of Germany. “The effort has always been worthwhile. In Spain we learned a lot about gaining a foothold in new countries,” says Managing Director Dr. Karsten Schlageter. By now, ABO Wind is developing wind farms and solar plants in 16 countries and on four continents. Recently, the activities in Spain have started to become economically successful as well.

ABO Wind has sold three wind farms (Chinchilla, Barrax and Soliedra) with a total capacity of 88.5 megawatts to an international investor. “By obtaining the pivotal approval for all three projects this year, the Spanish team attained the crucial milestone payment from the buyer,” says Managing Director Dr. Schlageter. Thus it is certain that the activities in Spain, which already redounded to last years’ benefit, will contribute the most to the success of the ABO Wind group in 2019 so far. “In the near future, we expect many more project successes in Spain,“ says Schlageter.

In the years of crisis since 2012, when the Spanish market for renewable energy was deflated, some competitors withdrew. ABO Wind kept working on projects with a small and motivated team from Valencia and secured network access as well as sites. This persistence is now paying off. Since there is no way to cover the increasing energy demand more cost-effectively or eco-friendly, renewable energies are currently more popular in Spain than ever before. Only a few weeks ago, the Spanish government decided to double the capacity of renewables by 2030.

ABO Wind will work hard towards contributing to the ambitious goals, which are likely to be adopted by the new Spanish government as well. “Currently, we are working on solar plants with more than 1,000 megawatts and wind farms with more than 600 megawatts,” says Schlageter with regard to the company’s Spanish pipeline. The team has secured network access for a majority of these projects early on. Some of the 37 wind farms and solar plants planned, the project developer wants to build itself, others will be sold ready for building. In any case, the foundation has been laid for ABO Wind Espaňa S.A.U. for successful future business years.