European champion in the expansion of renewables

In 2019, wind farms with a capacity of 2,300 megawatts and solar plants with 4,700 megawatts were connected to the grid in Spain: more than in any other country in Europe. Spain is thus picking up where it left off before the economic crisis of 2012, when the country was also a pioneer in climate-friendly electricity production. In response to the crisis, the government at the time abruptly stifled the expansion of renewables. This was followed by years of stagnation. Since 2017, the revival of the industry has been underway. In recent years, Spain has awarded tariffs for new wind and solar projects with several thousand megawatts in numerous tenders. This is now reflected in the high expansion figures.

Much expansion expected in the years ahead

According to the association Wind Europe, 7,200 megawatts of wind energy will be connected to the grid in Spain between 2018 and 2022. By 2030, the government also wants to increase solar capacity by at least three gigawatts per year. A climate protection law (Ley de Cambio Climático), which requires energy-intensive companies to cover ten percent of their electricity consumption with power purchase agreements (PPA), is also intended to contribute to this. The PPAs must run for at least five years and are protected against payment default by a guarantee fund of the Spanish state.

The great importance that Spain now attaches to renewable energies was underlined by King Felipe VI at a wind energy conference in Bilbao in April 2019. Spain has the greatest potential within Europe for the use of renewable energies, noted the head of the state.

2001, ABO Wind established its first foreign subsidiary in Spain. Our spanish office is located in Valencia. In recent years, ABO Wind has sold wind and solar projects in Spain with a total output of more than 700 megawatts that are ready for construction (see press release of August 2019 and of February 2020). We often continue to work on the planning and construction of these plants on behalf of the buyers and then also take care of the operational management.

The bottleneck in the rapid expansion of renewables in Spain is limited grid capacity. In the years of crisis, ABO Wind secured early grid access for many projects, which now increases their value. 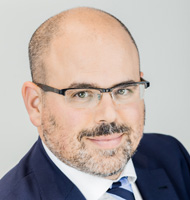