The international market research agency BMI Research predicts a growth of renewable energy generation in sub-Saharan Africa of about 90 percent by 2027. In 2017 there were around seven gigawatts of renewable energy capacity installed in the region. This means that sub-Saharan Africa will provide about one percent of the global renewables’ capacity at the end of the forecast period, BMI analysts write in their report. South Africa is a pioneer in the region.

Currently, the country with the third largest gross domestic product of the continent covers its energy needs mainly from coal. But according to figures from the Global Wind Energy Council (GWEC), there were two gigawatts of wind energy installed in South Africa in 2019. The GWEC assumes that South Africa will dominate the market in the region over the next five years with an expected 3.3 gigawatts of new wind energy capacity by 2024. By 2030, around 30 percent of electricity production is expected to come from renewable energies. In order to achieve this goal, an additional 14.4 gigawatts of installed wind energy capacity and six gigawatts of solar energy are required.

Many projects well on track 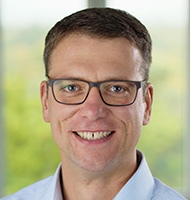