In the estimation of the Global Wind Energy Council (GWEC), France has the second-largest potential among European countries for further expansion of wind energy.  According to the World Wind Energy Association, the good distribution of the numerous promising sites across the country is a major advantage.

The photovoltaic output installed in France attained approximately 9,900 megawatts in 2019. Over the course of the year, facilities with an output of 966 megawatts were connected to the grid. In the previous year, a slightly lower overall output (862 megawatts) was connected. 11.6 terawatt hours of power from solar energy (2.5 per cent of overall French power consumption) was generated in 2019. The expansion of photovoltaics remained concentrated in the south of France.

The Important Role Of Nuclear Power

Compared to its status in Germany, for example, nuclear power has a much more important role in France. 75 per cent of the power demand is covered by nuclear power. Nonetheless, the nuclear catastrophe of Fukushima in March 2011 has also shaken the confidence of the French in this technology.

ABO Wind has been active in France since 2002. So far, we have connected more than 20 wind farms with a total nominal capacity of 300 megawatts to the French grid. About 100 French colleagues currently work in ABO Wind's four branches in Toulouse, Lyon, Orléans, and Nantes.

In 2017 and 2019 ABO Wind sold portfolios of wind energy projects in the planning stage to the Czech energy supplier CEZ (press release).

> Go to the french website of ABO Wind SARL 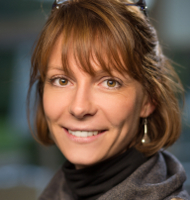