The "National Energy and Climate Strategy 2030" adopted in 2018 aims to increase the share of renewable energies in Finland's final energy consumption to more than 50 percent by 2030. Wind energy will play a key role in meeting this target.

At the end of 2019, wind turbines with a capacity of around 2,300 megawatts were connected to the grid in Finland, covering around seven percent of electricity demand. Most of these turbines were installed between 2015 and 2017. During this period, an initial government feed-in tariff applied to 2,000 megawatts. Further expansion is now being pursued through technology-neutral tenders and power purchase agreements (PPAs).

ABO Wind has been active in Finland since 2013 and has so far built 29 wind turbines with a capacity of almost 100 megawatts. The company has also sold four projects ready for construction in 2018 and 2019 with a total capacity of more than 210 megawatts and is responsible for the construction management of three of these wind farms. The subsidiary ABO Wind Oy is one of the country's leading project developers. The team in Helsinki is working on numerous other projects - several of which have already been approved.

It is already common practice in Finland to market wind energy through long-term Power Purchase Agreements (PPAs). Public remuneration systems are no longer as important as in Central Europe, for example. Large electricity consumers such as Google, for instance, supply data centres located in Finland with environmentally friendly electricity from wind farms. ABO Wind concluded such a PPA in September 2020 with the Finnish energy provider Gasum Oy for the Kokkoneva wind farm, which is planned to be commissioned in 2022. Gasum will acquire around 100 GWh of electricity a year from the wind farm. This corresponds to the consumption of about 60,000 people. (for more information see press release).

ABO Wind Oy is interested in existing wind energy projects in Finland at different planning stages and in cooperating with local partners. Do not hesitate to contact us. 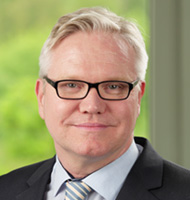