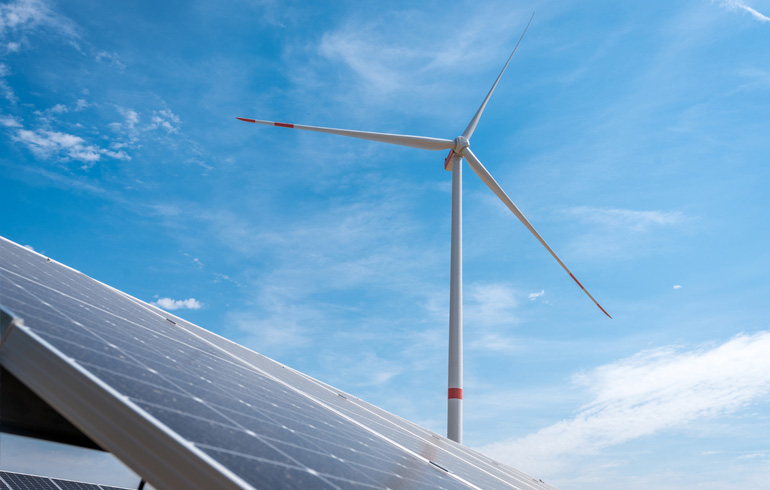 (Wiesbaden, 8 September 2022) ABO Wind has successfully placed a promissory note loan with a volume of 70 million euros which enables the company to grow further. The developer of renewable energy projects is currently working on wind and solar farms as well as battery storage systems with a total capacity of 20 gigawatts in 16 countries worldwide. In addition, the company has built up a pipeline of another 15 gigawatts of renewable energy projects linked to a planned hydrogen production. "We would like to implement as many of the projects as possible on a turnkey basis," emphasises Managing Director Alexander Reinicke. “The issue provides us with additional opportunities to do so.” ABO Wind had strengthened its financial basis in previous years with capital increases and a subordinated bond.

The original plan was to issue promissory notes with a volume of 50 million euros. Due to the high demand and the numerous business opportunities, the issue was increased to 70 million euros and was still oversubscribed. 17 banks participated in the promissory notes, mainly savings banks and foreign banks. The tranches of the promissory note loan have both fixed and variable interest rates and maturities of three, five and seven years. Allotment was made over the entire volume at the lower end of the respective marketing range. The disbursement was made with value date on 7 September 2022.

IKB Deutsche Industriebank AG and Landesbank Hessen-Thüringen (Helaba) arranged the transaction. "Despite the current challenging market environment, ABO Wind has convinced the banks as a debut issuer with a proven stable and profitable business model,” said IKB Syndicate Vice-President Charline Schütz. "More than 90 percent of the indicative orders were finally approved in the committee processes of the banks, which underlines the excellent standing of the issuer and the positive assessment of the industry."