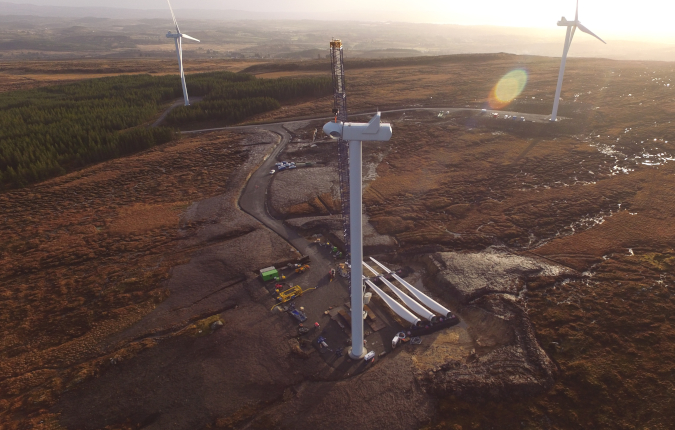 Phase 1 (three turbines) has been operational since late 2019. Phase 2 (another three turbines) is currently under construction and will be commissioned in the spring of 2022. The last turbine, Phase 3, is planned to be connected to the grid in mid-2023. Once all seven turbines are online, the wind farm with a total capacity of 23.6 megawatts will generate enough electricity to power 24,800 households and to prevent the emission of 26,400 tonnes of CO2 annually. Each turbine has a capacity of 3.6 megawatts, a rotor diameter of 105 metres and a hub height of 74 metres.

ABO Wind plans to establish a community benefit fund used for the economic, environmental, social and cultural well-being of the local community. Two euros for every megawatt hour produced by Phase 2, which is supported by the Renewable Electricity Support Scheme (RESS 1), will be paid into the fund for 15 years. The scheme is expected to generate circa 60,000 euros annually.

ABO Wind Ireland Limited was founded in 2008. Before erecting the turbines in Clogheravaddy, the company has built the wind farms Glenough, Gortahile, Gibbet Hill and Cappawhite B with a total of 85 megawatts. A team of nine colleagues in Dublin is currently working on further wind farms, some of which already have building permits and are to be constructed over the next few years.

Mr. Brazil, who was advised on the sale by Brian Hyland of Alpine Financial Consultancy, plans to continue to operate and expand his current fully owned portfolio of wind farms and small hydroelectric projects and to also seek out opportunities to acquire and develop additional renewable energy and energy storage projects in Ireland.