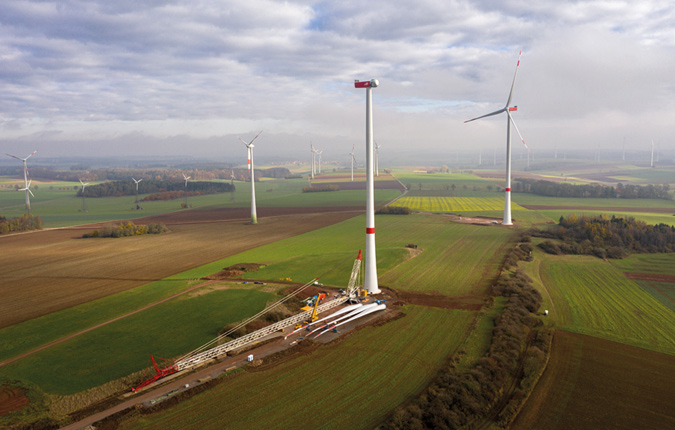 (Wiesbaden, 23 April 2020) Under difficult circumstances, ABO Wind has again generated a good annual result in 2019. According to the preliminary figures, the group's net profit for the year amounts to 11.4 million euros and is thus around ten percent below result of the previous year (12.7 million euros). In June 2019, the Managing Board had stated the expectation that the ABO Wind group would earn "around ten million euros" in the financial year and confirmed this forecast when the half-year report was published.

"It is not ruled out that the ongoing audit of the financial report may still reveal a need for correction," says Managing Director Dr. Jochen Ahn. However, it is becoming increasingly apparent that ABO Wind has achieved an eight-figure consolidated profit after taxes for the fourth time in a row. "This confirms our strategy, which is focused on continuity." International markets are increasingly contributing to the company's ongoing success. In 2019 ABO Wind generated 58 percent of its group revenues outside Germany.

The annual report will be published on 9 June after its approval by the Supervisory Board.