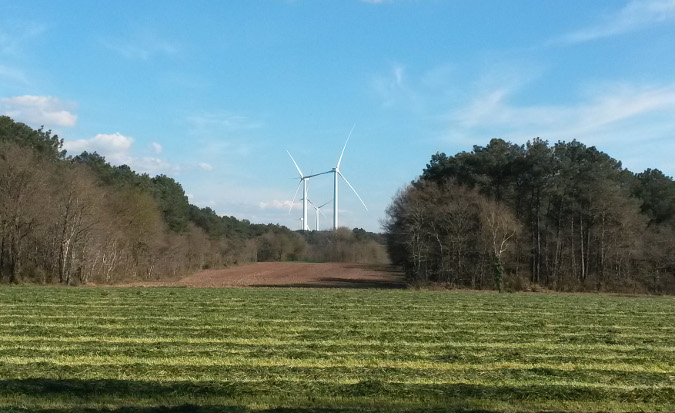 (Wiesbaden, June 6th, 2017) ABO Wind reports its largest single transaction in the company’s history to date. The project developer has sold nine wind farm projects with a total nominal capacity of about 100 megawatts to the Czech supplier ČEZ. 70 percent of ČEZ is owned by the Czech government and it is by its own account among the ten largest European energy suppliers. ČEZ operates wind farms in several European countries – including Germany – and will now enter the French wind market in cooperation with ABO Wind.

For ABO Wind, France has traditionally been the second most important market after Germany. The French subsidiary ABO Wind SARL has more than 50 employees in Toulouse, Orléans, Nantes and Lyon. They have brought almost 300 megawatts of wind energy on-line and are currently working on additional projects with a total of 800 megawatts. Nine of these projects with a total of 101.8 megawatts were now purchased by ČEZ. According to the agreement, ABO Wind will connect these projects, which are in different planning stages, to the grid over the next few years and also be responsible for their operational management. Last year, ABO Wind SARL has applied for permits for the wind energy projects sold to ČEZ as well as another 420 megawatts in order to secure the tariff applicable until the end of 2016. It offers an inflation-indexed feed-in tariff of approx. 80 €/MWh over a period of 15 years via a market bonus system.