Sunny outlook for ABO Wind in Germany and abroad

(Wiesbaden, May 12th, 2017) According to the ABO Wind Managing Board, the annual result of 2016 underlines the company’s sunny outlook. "The internationalization of our business is bearing fruit, making this record result possible," says Managing Director Matthias Bockholt. The ABO Wind group's net profit in 2016 amounts to EUR 16.5 million, which is more than twice as high as in the financial year of 2015, which had also been very good. At EUR 122 million, turnover has exceeded the EUR 100 million threshold for the first time. The overall performance amounts to EUR 145 million. The annual report in German is available on the website: https://www.abowind.com/de/unternehmen/ueber-abo-wind/geschaeftsberichte.html. An English version will be published in June.

Due to its ongoing business success, the company's equity has gradually increased to EUR 67 million. Including mezzanine funds, the equity ratio is 55 percent. Most of the 2016 net profit also goes into the reserve. With Supervisory Board member Jürgen Koppmann retiring, his successor will to be selected during the annual general meeting. The former Umweltbank Managing Director has returned to the bank and thus resigns his seat at ABO Wind. "We are delighted to have won Eveline Lemke, former Economic Minister of Rhineland-Palatinate," says Bockholt. Lemke has been committed to climate protection and renewable energies for many years. Currently, she is president of the international university Karlshochschule. This fits well with ABO Wind's strategy of branching out to even more countries. At the annual general meeting, she will run as a Supervisory Board member.

The Managing Board expects a very good financial year of 2017 as well. By mid-year, more wind farms were and are still under construction than ever before. Approximately 20 projects with a total output of 180 megawatts are scheduled to be brought on line in Germany, Finland and France in 2017. While our extraordinary success in Argentina contributed to the excellent result in 2016, we expect an unusually large contribution from the Finnish subsidiary in 2017. The subsidiary is currently constructing three wind farms with a total output of 60 megawatts. For 2017, the Managing Board expects an overall performance on the same level as the previous year and a net profit again in the double-digit million range, however not quite as high as in 2016.

ABO Wind has been a successful player in its domestic German market for many years. The Renewable Energies Act (EEG), which was amended in January 2017, increases competition by requiring tenders for wind energy remuneration. "We are well prepared for this competition, we want to increase our market share and also become known as a service provider for the maintenance and optimization of wind farms in operation," says Bockholt.

At the same time, ABO Wind is intensifying its efforts to internationalize. Besides the profitable commitment in Finland, project development in the Republic of Ireland continues to contribute to the company’s success. ABO Wind is scheduled to start construction of Cappawhite (14.4 megawatts), the fourth Irish wind farm since 2010, in the next few weeks. Due to grid shortages, commissioning will take place in 2018. Another Irish wind farm might go on line in 2019 and 2020 respectively. France remains the second most important market for ABO Wind after Germany and is expected to continuously contribute to business success in the years to come. The new President Emmanuel Macron’s energy policy objectives are also encouraging.

In Argentina and Spain, ABO Wind is working on the development of new projects as well as on further sales and service contracts. The planning of wind farms and photovoltaic power plants in Iran is also going well. Regarding financing in Iran, there are some hurdles to clear however. ABO Wind is also increasingly involved in several African countries and has entered a number of cooperations. In Europe, ABO Wind is currently planning projects with a total of more than 3,000 megawatts as well as 1,000 megawatts outside of Europe. They are the foundation of good business years in the future. 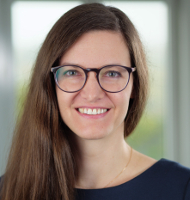